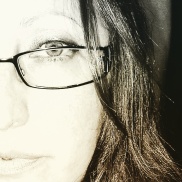 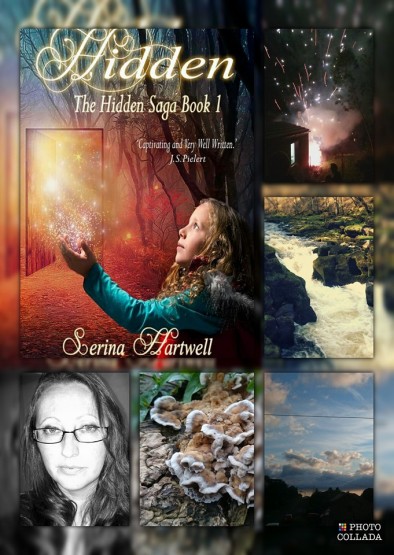 Check out the first book in The Hidden Saga – http://viewBook.at/Amazon_Hidden

Step by step, the old man gently carried his granddaughter up the stairs and into her room, as her head lay heavy with sleep against his great shoulder. He was a man of great stature whose body had softened over time, but still had enough definition remaining to indicate his former physique. His sturdy arms gently held her close to him as he carried his precious cargo. His solid frame relaxed as he climbed, cushioning the movement he made with every step. He knew she was tired, as his deep brown eyes, framed by his wavy silver hair and dark skin, smiled at the toddler cradled in his arms, but still she looked at him expectantly, while fighting sleep. He emanated love for this little girl; she had stolen his heart the day she was born. This time was special to them both and he never grew tired of her need for his ritual story telling. Mr Salvador gently lowered himself into the rocking chair in the corner of the room with Bronte huddled into his curves, and took a deep breath to ready himself. Her eyes were heavy, fighting to stay awake in the warm light from the lamp beside them, but she knew he was ready to begin and fought sleep for as long as she could.

“Once upon a time,” he began, with a gentle Spanish accent, “there was a beautiful princess who lived in a faraway land.”

Bronte’s eyes widened as she temporarily won her battle with sleep. “What colour was her hair, Grandpa?”

“Her hair was as red as fire,” he continued. She smiled a satisfied smile and began to settle back into him. She listened to his great, authoritative voice; mellow, to gently relay the story to her as she relaxed.

“Her eyes were as crystal clear as the blue waters of the ocean, and her beauty was second to none. She was adored by her people, and greatly sought after, for she was as fair in nature as her beauty, which preceded her.”

“One day a convoy arrived in the palace. A noble family from the North brought their son, Etharoe, to be presented to the King as his new Captain of the Guards. He caught Bayer’s eye, and they soon fell in love.”

“Etharoe was handsome and strong, and proved himself a worthy suitor to the princess. Soon the news of their love spread throughout the kingdom, and the people rejoiced at the announcement of their marriage. The princess was so happy that the yield of the crops in the fields doubled, and the people of the kingdom were overjoyed.”

“Then one day, a second convoy arrived in the kingdom from the South. King Luthruk, the mighty ruler, brought his son to the kingdom, and a veil of darkness fell. His son, Narrel, taken by the princess’ beauty, fell in love with her immediately. Luthruk declared that unless Bayer and Narrel, be married instead, he would go to war with King Marinez – ruler of the lands.”

“Darkness closed in on the kingdom, as King Marinez knew that his daughter was in love with Etharoe, and knew she could never love Narrel. He was torn between the good of the kingdom and his daughter’s future, but he knew Etharoe would die before he would let anything happen to Bayer, so with a heavy heart, he decided to hide them. He had many men loyal to him, so he sent the princess to a far off land with his closest men. In this place of sanctuary, they would find hope, and live happily together for the rest of their lives. The End.”

The moment his soothing Spanish tones finished telling the story, the same story he had told her a hundred times before, she sprung to life. “Oh, again Grandpa, again,” she appealed, in her tired little voice.

“Maybe tomorrow my child, you must rest now. Look at those heavy eyes, Bronte.” He chuckled to himself, lifting her up to carry her to her bed. The tiny girl in his arms looked pleadingly at him with her huge brown eyes.

“I’m not tired,” she yawned, climbing under the covers.

Mr Salvador pulled the blankets over her, as she settled onto her side and allowed her eyes to slowly surrender. “Hush now, my child, you must offer yourself to the land of sleep,” he said, gently stroking her golden brown ringlets. The embodiment of beauty, swathed in the infant before him, filled his heart with love. It melted, while he watched his tiny granddaughter escape the land of consciousness. “Good night, my tiny princess – good night.”

He quietly stood up and crept over to the door to watch her breathe gently in her bed, when suddenly, he felt a sharp pain in his chest. He pulled his left arm in tight to him, bracing himself, while the wave of intense pain came over him, steadily growing in intensity. His face tightened and darkened to a shade of bright red – he couldn’t breathe; his lips were getting bluer. Bronte stirred in her bed, as he had involuntarily leaned against her bedroom wall with a thud. Beads of sweat formed across his brow and top lip, he gasped for air, and then, it slowly began to subside.

He released his arm, allowing it to drop to his side. His breathing was fast and heavy, while he rubbed his chest hard. His heart pounded rapidly, and he knew it wasn’t over. There was something wrong. He reached into his pocket, and pulled out a handkerchief to mop his brow. His chest tightened again and he knew he was in trouble. His breath was taken from him, as if he had been winded, and his arm pulled back toward his chest as it cramped. He watched Bronte sleep through all the noise, and waited until he could move again. He took one last look at her before he slipped outside the room and staggered toward the stairs.

“WERDER!” He screamed, reaching the top of the stairs. “WERDER! HELP ME!” He started to slowly descend the stairs when his legs gave out. He tumbled down the remaining stairs, and landed in a heap at the bottom. Mrs Salvador heard the heavy thud and came running.

“Roberto! Roberto! Oh, my dear God, Roberto!” She screamed, rushing toward his sunken form. She lifted his head into her arms as he lay there helpless. “Oh, my husband, what happened?”

“It’s my heart. My human body is giving out, because the line is being severed in the kingdom. They attack me in my chambers.”

“What shall I do, Roberto?”

“You must stay and protect her, at all cost. She must remain here – hidden.”

“But you can’t leave me! You have to fight to stay with me. I can’t do this alone!”

His body heaved one last time, and he died in her arms at the bottom of the stairs. Mrs Salvador pulled his limp body in close to her, and cried hard into his lifeless body, while Bronte slept upstairs.

Penciss’ eyes opened sharply, raising his arms up to protect himself from the assassin who attacked him in his chambers. He fought for his life, as the hands clamped around his neck, worked themselves tighter. He reached out to grapple with his assailant, but they were too strong, and his life force was beginning to wane. Penciss reached out with all his remaining might, to grab his concealed dagger from his night stand. He inched his reach toward it, knowing that an intruder would not know about it. He was fighting desperately for his life; he had to reach it before it was too late. His body thrashed involuntarily, fighting to stay alive. His fingers made purchase on the dagger’s handle and gripped it with all his might. He looked his assassin in the eye, as he drew the dagger from the ornamentation of the stand and thrust it into his side.

The assassin immediately released his grip from around Penciss’ neck, giving him the release he was looking for. He kicked his attacker with all the strength he had left, and watched him tumble to the floor. The masked intruder fell on the dagger, forcing it home.
Penciss rubbed his throat, choking, and rolled onto his side. He swung his legs around, gasping for breath; he was exhausted as he slid off the bed. He stumbled over to the body on the floor; his head spun, as he fought for air. He heard the heavy footfall of the guards, running toward his chambers. The door burst open, as they forced their way through. “Sire! Are you alright?” The first guard called, as he entered, closely followed by King Marinez. They looked on, stunned at what they saw.

“Seize him!” he choked out his command, and pointed to the body on the floor. The alarm bell rang throughout the kingdom; the kingdom, suddenly alerted to danger, came alive. The guards surrounded the body on the floor as it bled, pooling around it. King Marinez stooped to take a closer look. He turned the body over sharply, and pulled off the man’s hood, revealing his face. Patoregian! he said to himself. The man, close to death, stirred. “How did you get into my castle?” King Marinez demanded. “Who let you in?” He knew he had enemies within the castle walls now, but who. He grabbed the man’s body by his clothes and shook him hard, demanding the information he needed. The assassin looked at him, his face paling as he spoke; he was fading fast. “Tell me!” he roared, “Tell me who has betrayed me!” The king commanded.

“Your enemy stands close to you… by your side…” His breath cut short, his mouth filled with fresh blood and his body went limp, as death took him.

King Marinez, stunned by what he had heard, looked toward Penciss, then up at his men, looking from face to face, as he knelt beside the assailant’s body on the chamber floor.

Get your copy of Hidden – The Hidden Saga Book 1 here –http://viewBook.at/Amazon_Hidden