My Work Featured On Daily Literature Deviations on DeviantArt. 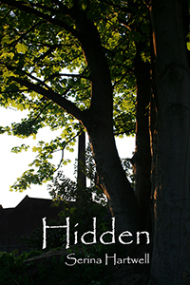 A chapter from my first ever book has been featured on the Daily Literature Deviations. They promoted my work in their September 26th, 2012 edition and I wanted to send out special thanks to them.

It was a wonderful end to a really poor day for me. I discovered that my work had been featured, after taking a sick day and nipping onto the site. When I looked at the comments for the first chapter of my book, I couldn’t believe my eyes and went from a lurgy filled day to cloud nine. I’ve struggled to get my work out into the community, and anyone who has walked this path before me will understand where I am coming from when I say it is so hard, and can really get you down at times, so when I looked and saw my work, I was instantly lifted again, and really grateful for the recognition.

I would like to send my gratitude out, and give special thanks to NicSwaner who suggested my work and to LadyofGaerdon who featured my work, giving me such a fantastic write-up. They are fellow artists and very talented.

Suggester: “I’m not sure how this has
received such little recognition.
It’s excellently paced and though
I am only one chapter in I’m hooked,
despite it being a genre I don’t prefer.”

I write because I have a head full of story which I want to share with the world. It’s a story which keeps unfolding and every time I think I’ve reached the end, another bit unravels, so to hear that I’ve put something out there which has brought enjoyment to others, is more than satisfying to me. It gives me a boost, every time someone tells me they have enjoyed my work.

Daily Literature Deviations, you have made my day, and when I’m feeling better, I will do a celebratory dance around the room. Thank you to all who have followed my work and supported me. You are the reason I write – you are the best!

Follow this link if you wish to read more – http://dailylitdeviations.deviantart.com/journal/Daily-Literature-Deviations-for-Sept-26th-2012-329241134?id=11ad8rufv3

6 thoughts on “My Work Featured On Daily Literature Deviations on DeviantArt.”