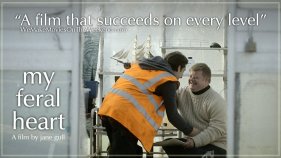 And now for a film…

Working with young people with special needs and disabilities for over 22 years, this is a film that when I heard about it, I just had to lend it my support. Filmed by an independent film company, My Feral Heart absolutely deserve a little time in the light.

Already, #My_Feral_Heart has three #BIFA #award #nominations. I’ve been informed that it’s also being considered for a #BAFTA and I can see why.

To borrow another’s words, My Feral Heart is a story about ability not disability and filled with heartrending moments. Working with people who have so much to deal with on a daily basis on top of what everyone else has to deal, it would be easy to assume that their disabilities make them unworthy. This wasn’t what I found over the years. Instead I learnt to be humble, for who am I to complain when others have so much to deal with.

Disability hides the true person beneath, because it’s the disability that is seen and not the person. Here is a story that conveys such a positive message, leaving me with no choice but to get behind it.

I have managed to twist the arm of the PR company to screen it at the #NationalmediaMuseum in Bradford, West Yorkshire on Monday 9th January 2017 at 9pm.  Tickets are available to reserve now and cost £9.00. To confirm the screening will go ahead I have to sell another 26 tickets, so go online now and book.

To reserve your seat, click and reserve here – https://www.ourscreen.com/screening/42810

I don’t talk about the day job much and this may be new to some of my followers, but children and disabilities have always been at the core of what I do when I’m not writing. I can’t wait for the 9th January 2017 to come around and I’m looking forward to seeing you there. 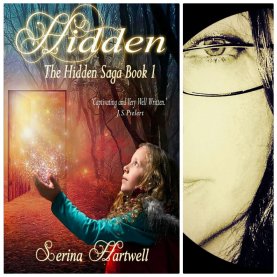 See the person not their colour

See the person not their status

See the person not their religion

See the person not their creed

Treat them as equals not as sectors

Treat them as one whole individual

Treat them as equals from the beginning

Treat them with respect and love

Work together not against each other

Build a future for tomorrow

Learn new things from those around you

And build a story as one

Author of The Hidden Saga

If you like my work, tell a friend. Thank you for your support.